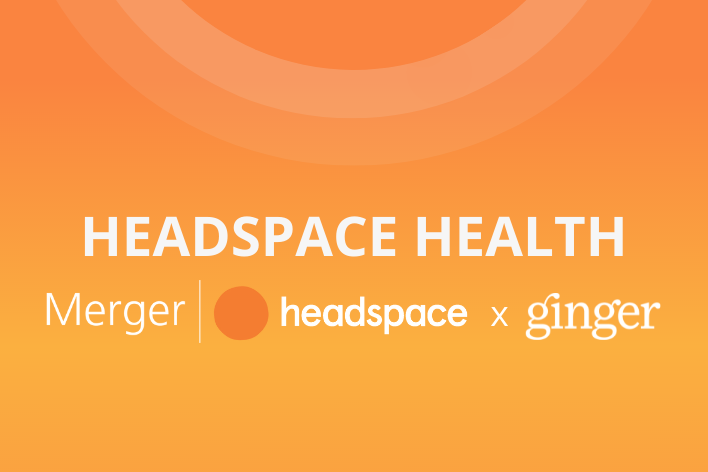 Headspace and Ginger announced their definitive agreement to merge today. The combined company, Headspace Health, will be a transformative leader in consumer mental health and wellness, democratizing mental health care.

Spectrum’s initial investment in Headspace back in 2017 was grounded in our conviction that a fundamental cultural shift was underway in behaviors and attitudes toward mental health. The accelerated pace of modern life and constant connectedness have exacerbated levels of anxiety, depression, and insomnia. Yet, there continues to be a widespread stigma around the topic of mental health. Just as physical fitness crossed over from a niche activity to widespread participation in the 1980s, we believe a similar evolution is underway in mental health, which further accelerated with the COVID pandemic.

If there were doubts when we first invested about whether meditation could become a mainstream activity or if it was just a fad, Headspace’s performance has quelled them. The company’s user base has grown over seven-fold and Headspace has become a household brand name with over 70 million users in 190 countries, appearing everywhere from Netflix and the BBC to Sesame Street and many thousands of classrooms around the world. Doctors and therapists recommend Headspace to their patients. In addition, health plans are starting to cover Headspace subscriptions with their insurance.

When we were getting to know Rich and Andy, Headspace’s Founders, they were just starting to get inbound requests from corporations exploring giving Headspace to their employees to improve their well-being, mindfulness and overall productivity. Today, the company has over 2,100 corporate customers who collectively make Headspace available for free to their employees, including our whole team at Spectrum and several of our portfolio companies.

The merger announced today signals our belief that corporate leaders increasingly see the mental health and well-being of their employees as a critical business priority. Combining the services Headspace and Ginger offered independently will be transformative, marrying a consumer-grade, easy-to-use and accessible product with an established on-demand enterprise solution for those with more acute needs. As a result, more people will have access to resources to help them live happier, healthier lives and address their mental health challenges.

Spectrum is incredibly fortunate to have been part of this journey, and we look forward to continuing the partnership with Headspace Health.

If you’d like to learn more about Headspace Health, read the press release on the merger between Headspace and Ginger.