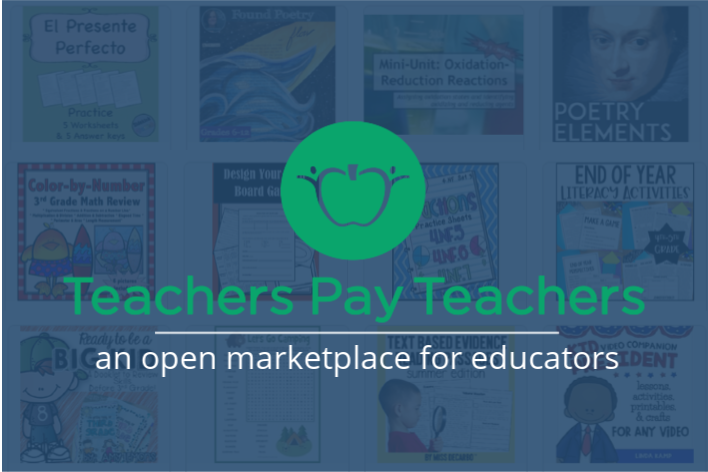 It is now well established the sharing economy is driving rapid change across many industries. As the Internet has become truly ubiquitous, healthy online marketplaces have emerged in everything from transportation and food delivery to hospitality and online learning. Here at Spectrum, we are particularly honored to be supporting this trend through our work with Adam Freed and the team at Teachers Pay Teachers, affectionately known as “TpT”. Through the TpT platform, millions of educators connect as a passionate community to share lesson plans, best practices, curriculum, and content with one another. In the process, they are accelerating their collective efforts, building upon the most successful ideas and saving millions of hours in order to better focus on students and teaching. In the words of founder Paul Edelman, TpT has become an “enormous global staff room, where any educator can find essential resources, collaboration, and inspiration.”

A few weeks ago, the New York Times profiled TpT and its rapid growth. Reporter Natasha Singer touched on many of the themes that get us so excited about the company and its potential. We thought the article was worth sharing here. 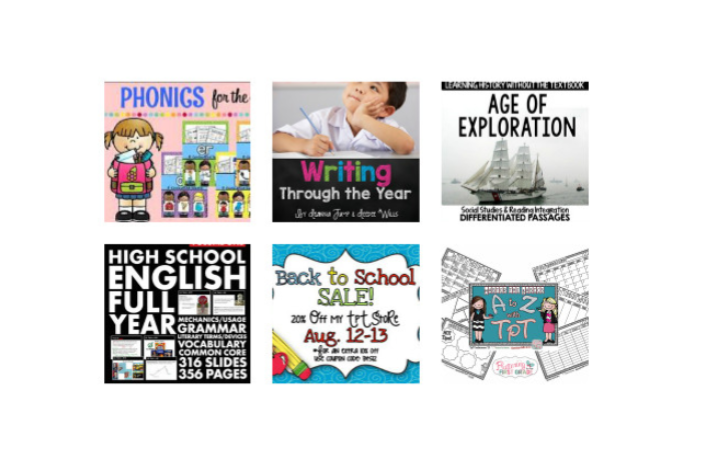 A SHARING ECONOMY WHERE TEACHERS WIN

By Natasha Singer | Published in the New York Times on September 5, 2015

What kind of tunes do you think Iago, the villain in William Shakespeare’s “Othello,” would listen to if he had an iPhone?

That is the kind of question that Laura Randazzo, an exuberant English teacher, often dreams up to challenge her students at Amador Valley High School in Pleasanton, Calif.

So, when Ms. Randazzo heard about TeachersPayTeachers.com, a virtual marketplace where educators can buy and sell lesson plans, she was curious to find out whether the materials she had created for her own students would appeal to other educators.

A couple of years ago, she started posting items, priced at around $1, on the site. Her “Whose Cell Phone Is This?” fictional character work sheethas now sold more than 4,000 copies.

“For a buck, a teacher has a really good tool that she can use with any work of literature,” Ms. Randazzo said in a phone interview last week. “Kids love it because it’s fun. But it’s also rigorous because they have to support their characterizations with evidence.”

She clearly has a knack for understanding the kinds of classroom aids that other teachers are looking for. One of her best-selling items is a full-year collection of high school grammar, vocabulary and literature exercises. It has generated sales on TeachersPayTeachers of about $100,000.

“What started out as a hobby has turned into a business,” she said.

Teachers often spend hours preparing classroom lesson plans to reinforce the material students are required to learn, and many share their best materials with colleagues. Founded in 2006, TeachersPayTeachers speeds up this lesson-plan prep work by monetizing exchanges between teachers and enabling them to make faster connections with farther-flung colleagues.

As some on the site develop sizable and devoted audiences, TeachersPayTeachers.com is fostering the growth of a hybrid profession: teacher-entrepreneur. The phenomenon has even spawned its own neologism: teacherpreneur.

To date, Teacher Synergy, the company behind the site, has paid about $175 million to its teacher-authors, says Adam Freed, the company’s chief executive. The site takes a 15 percent commission on most sales.

A former chief operating officer of Etsy and former director of international product management at Google, Mr. Freed is a veteran of data-driven growth companies. By selling tens of thousands of items, he says, 12 teachers on the site have become millionaires and nearly 300 teachers have earned more than $100,000. On any given day, the site has about 1.7 million lesson plans, quizzes, work sheets, classroom activities and other items available, typically for less than $5. Last month alone, Mr. Freed added, more than one million teachers in the United States downloaded material, including free and fee-based products, from the site.

“If you have a kid in school in America, they are interacting somewhere with TeachersPayTeachers’ content,” Mr. Freed said in an interview last week at the company’s headquarters in Manhattan.

Mr. Freed took the helm of Teacher Synergy in 2014. One of his first tasks was to bring the technology behind the homespun company up to date without introducing radical changes that might upset its following. That goal has become more urgent now that TES Global, a British company withits own teacher-to-teacher marketplace, has entered the American market.

Last week, for instance, TeachersPayTeachers introduced an iPhone app from which educators can buy materials. The app replaced an older version that allowed users to look up products but, oddly enough, not to purchase them.

“We were not a technology company until very recently. We were a teaching marketplace with a technology underlay,” Mr. Freed said. “Now we are trying to be both.”

The site’s popularity with teachers reflects the convergence of a number of trends in education and technology.

For one thing, school districts around the country have been introducing new learning objectives, called Common Core state standards, for different grade levels. That has sent tens of thousands of educators to TeachersPayTeachers looking for lessons to reinforce particular math and reading standards — like the requirement that sixth graders and older students be able to delineate and evaluate the argument in a given text.

“It’s a matter of understanding what the standards are and figuring out how to get the students to perform to those standards,” says Erin Cobb, a middle-school reading teacher in Lake Charles, La., whose Common Core-aligned teaching materials have had sales of more than $1 million on TeachersPayTeachers.

At a time when many politicians, technology executives and philanthropists are pushing novel digital tools for education, many teachers are also seeking old-school offline techniques that other teachers have perfected over the years in their classrooms. That has positioned TeachersPayTeachers as a kind of Etsy for education.

“A lot of the stuff you see in the digital world that is interactive, teachers are making them in analog form,” Mr. Freed said, noting that many teacher-to-teacher products are PDF or zip files meant to be downloaded and printed out.

As an example, he cited an “Interactive Reading Literature Notebook,” developed by Ms. Cobb. In her lesson plans, “interactive” does not refer to digital video or audio. It means students are asked to actively learn by, in part, cutting out and gluing assignments into their notebooks, taking deep notes in class and sometimes even drawing illustrations to demonstrate that they understood the reading.

“There’s a lot of creativity and innovation,” Mr. Freed said, “but it is tried and true in a lot of its methodology.”

For teachers, building a successful business on TeachersPayTeachers may also entail a lot of work.

To draw attention to the tools she developed for TeachersPayTeachers, for instance, Ms. Randazzo, the English teacher, started a teaching blog where she recounts her experiences or highlights resources she finds interesting. She also recently started a YouTube channel in response to requests from other teachers who asked her to demonstrate how to teach complicated concepts like irony.

She added that many teachers considered TeachersPayTeachers credible because they can find ideas from more experienced teachers who face the same classroom challenges they do.

“That is what ground-level teachers are able to do that textbook publishers can’t,” Ms. Randazzo said.