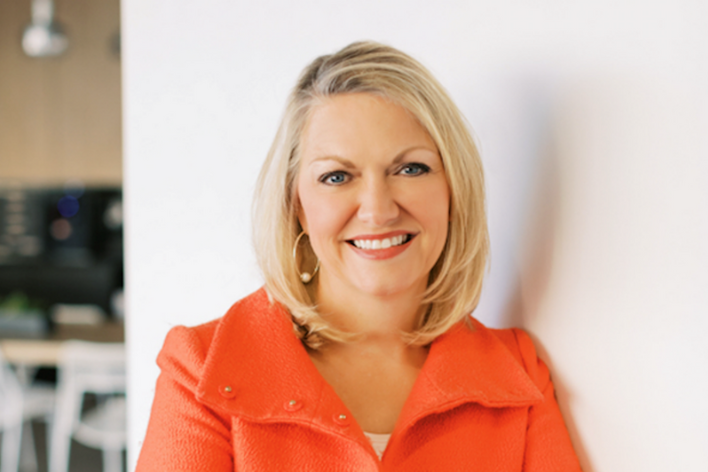 Born in Argentina, Emily Markmann lived the beginning of her life outside the United States. At age six, her family moved from Venezuela to the U.S., where she learned to speak English and began to integrate into her new home country.

She grew up around the Washington D.C. area, as her parents settled in the vicinity for their careers as intelligence officers. Staying along the East Coast, Markmann attended undergraduate university in South Carolina.

“I ended up majoring in Spanish with plans to teach Spanish, and figured out by the time I graduated, that was exactly what I did not want to do,” Markmann told us.

When Markmann determined that she wanted her first job to be working with people, she faced some big decisions. She had to ask herself, “what type of people do I want to work with and in what capacity?”

Her first job out of school was as a recruiter in the late 1990s. After this chapter in her career, she started working in career development for MicroStrategy, a high growth tech company, who at the time was ahead of its peers in being a progressive, culture-rich environment and founder-led approach to business.

“[Developing and investing in workplace culture] wasn’t really in the mainstream yet. In the late 90s, it was a new thing to identify culture as being the glue that kept companies together. And that was a boon to recruiting and a boon to retention and overall business success,” Markmann says of MicroStrategy.

After a downturn at MicroStrategy, the founders of Appian (MicroStrategy alums) reached out to Markmann with an opportunity that had the potential to take her career to new heights.

“‘We’re building this business; do you want to come and build it with us and build the HR function’ [Appian said]. I already [knew then] that I’m a builder, that I’m an entrepreneur in my own right. In my own space, I look at a head of HR as the CEO of a business within a business with many parallels between People disciplines and organizational structures,” she told us about the interaction.

Markmann’s “Business within a business” approach to HR is evident in how she operates today. She views the different departments throughout the company as customers, partnering with them and enabling them with individual attention.

As with many endeavors we pour ourselves into, burnout struck Markmann after some time, and she began to reconsider her role with Appian. Exhausted from building her department and working with the enthusiasm of a CEO, she took a 3-year hiatus from HR to “fill her backpack” with operational tools and ran business operations for a small professional services practice.

Markmann worked with Clarabridge from the early stage to grow the organization to more than 300 people, multiple financial transactions and strategic M&A, ultimately being acquired by Qualtrics in a $1B+ transaction. She led Talent & Culture there for four and a half years, deeply invested in their growth and culture, landing them on a number of top employer lists.

As time passed, Markmann’s entrepreneurial spirit drove her to a new build. She turned to the web and joined WeddingWire.com — aligned with her track record of building irresistible workplaces, the rest is history.

In 2016, Markmann came to WeddingWire. At the time, the company had roughly 400 domestic, nearly 400 international team members and minimal structured People practices, but leadership commitment and priority on Talent.

As WeddingWire was experiencing hyper-growth, their competitor, The Knot, was doing the same. In mid-2018 Permira, a private equity firm headquartered in London took a majority stake in Weddingwire and quickly followed by merging XO Group with Weddingwire to form The Knot Worldwide.

“Integrating two highly competitive workforces in 2019 was a significant, yet successful challenge – definitely a career highlight for me,” Markmann told us. The challenge paid off, now with nearly 2,000 employees in 15 countries, The Knot Worldwide sees strong revenues, more site visitors, and a portfolio high engagement and employee net promoter score (eNPS).

When asked about her experience at The Knot Worldwide, Markmann told us: “I’ve described my journey here as a full build, taking rebar and smashing it down into dry concrete. It’s been a challenge, no doubt about it, building infrastructure in a company that had habits already built. Having competing priorities, fueling the plane while flying, I’m still building right now.”

Like thousands of HR professionals across the world, Markmann was met with unprecedented challenges in her role while managing the impacts of COVID-19. She says successfully transitioning nearly 2,000 global employees to fully remote literally overnight was intense. A new chapter for the company, she feels that she is still in build mode with The Knot Worldwide, even after six years of working for the organization.

Speaking on the culture of The Knot Worldwide, Markmann says she views people as the “glue” of the business. Unlike many companies where culture is a keyword to attract applicants or customers, she says it’s a core part of how they operate.

“Everything comes down to people, and that is something that we want everyone here to not only hear, but to genuinely feel. Authentic leadership starts with me and my CEO. We do our best to listen and respond to feedback, wrap our arms around our employees in times of need, and ensure that our words and our actions match,” she says.

“And that’s how we know we’ve built an organization that has a really high level of trust. We walk the walk.”

She takes her responsibility to be an authentic leader seriously, showing proper care to her teammates and employees. While each person has their role and title, she says every voice matters, and feedback plays a core role in how management approaches their team members.

Concerning diversity, Markmann believes The Knot Worldwide has found a good balance of competency-based hiring, and the importance inclusion plays in the recruiting process and the workplace.

She told us that “we make sure that our hiring panels represent a diverse group and have a cadre of talent, with representation from not only multiple departments, but from different diverse backgrounds as well.”

“We want candidates to see themselves in our hiring panels and, importantly, in our leadership. It’s among our highest priorities to attract a diverse talent population.”

A core part of the recruiting and hiring process is going the distance to ensure that applicants align with the company’s values and goals.

Markmann says it’s crucial for their team members to see the value in diversity and inclusion, and she wants to know they’ll be an active part of the community’s progress toward a fair, inclusive atmosphere.

In this way, Markmann continues to help build The Knot Worldwide into the kind of world-class organization that keeps couples, vendors, and employees proud of, motivated by and committed to the organization, even as it already stands out in the life stage tech industry as one of the best and most reliable companies in the business.