November 2015
By Vic Parker, Ben Spero
Back to Perspectives 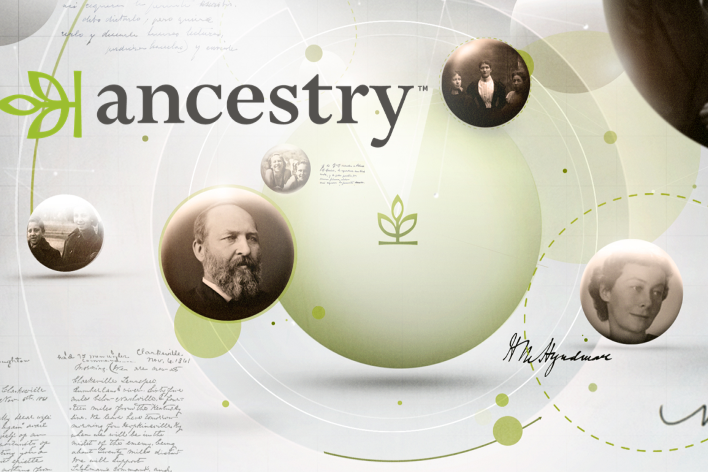 In many of its most powerful use cases, the Internet enables a profoundly better way for people to do things online that they have always done offline. When it enables collaboration and efficiency at a scale never before possible in a category, it is transformative. And when users experience clear and tangible value for joining such a platform, it can become a phenomenal business. For more than 12 years now, we have been honored to participate in such an evolution along with the team at Ancestry.com.

From its roots as a database for genealogy experts, Ancestry has developed along with the Internet to improve its user experience, discovery engine, and community offering and become broadly relevant to anyone who cares about family history. In doing so, it has redefined and dramatically expanded the pursuit of family connections over distance and time for millions of subscribers. In recent years, Ancestry has launched new businesses on top of its platform including AncestryDNA and AncestryHealth. Over the summer, Ancestry introduced a major addition to its content library with the rollout of centuries of wills and probate records covering more than 100 million people since the Colonial era. These are rich stories about what mattered most to individual people, making newly accessible the details of their thoughts, emotions, life circumstances, and the times they were living in. The Chicago Tribune and NBCNews wrote insightful pieces about the launch which we thought were worth sharing.

By Ron Grossman | Published in the Chicago Tribune on September 2, 2015

Thousands of amateur genealogists who fantasize about being left a fortune by a distant relative can now get a reality check. Starting Wednesday, upward of 100 million wills written over the last three centuries will be posted to Ancestry.com, the popular genealogical search engine.

Wills trump other genealogical resources, which rarely open a door to our forebears' thoughts, notes Todd Godfrey, a vice president of Ancestry.com. A wedding license simply witnesses that someone met someone else at the altar on a certain date. It is silent about what they were feeling.

"A will preserves what was on your mind when you had to sit down to write your will," Godfrey said. "We get a picture of you in your own words."

As such, wills give amateur genealogists insights into what otherwise are just names on a family tree. They enable historians to paint a more nuanced picture of movers and shakers — and a collective portrait of the social world they moved in.

"What is striking about Chicago wills is how often they talk about what to do in case of fire," said Jennifer Utley, who heads the Ancestry.com team that worked on the wills project. That reflects how large the Chicago Fire of 1871 loomed in the minds of survivors and successive generations, Utley explained.

We know exactly what was on the mind of one member of Chicago's upper crust when he wrote his will. George Pullman's daughter Florence was the apple of his eye. He had named the hotel in his company town in her honor, and he bequeathed her an island in the St. Lawrence River. Then the developer of the railroad sleeping car turned his attention to his twin sons, George Jr. and Sanger:

"Inasmuch as neither of my sons has developed such a sense of responsibility as in my judgment is requisite for the wise use of large properties and considerable sums of money, I am painfully compelled as I have explicitly stated to them to limit my testamentary provisions for their benefit to a trust producing only such income as I deem reasonable for their support."

They got $3,000 annually. The twins had promoted pit bull fights, finished 147 and 148 in a prep school class of 148. Sanger was kicked out of the New York Athletic Club for nonpayment of dues. His brother's obituary in the New York World was headlined: "Death of George Pullman a Warning to Rich Fathers."

Up to now, looking for a rich uncle's will was an arduous endeavor, yet many tried, some by proxy. "Private detectives and lawyers use our source materials," Utley said. Presumably they have a client who hopes that money grows on their family tree.

They are among the 2 million subscribers to Ancestry.com. An expanding fascination with family history is witnessed by the number of fee-based genealogical services, includingmyheritage.com, as well as free online sites, such as familysearch.org. Ancestry.com's monthly subscriptions start at $19.95, though the probate records, as well as all U.S. birth, marriage and death records will be available free through Labor Day. Some municipal libraries subscribe to the services. The third season of the popular PBS show "Finding Your Roots With Henry Louis Gates Jr." is slated to air in 2016.

But to find a will, you had to know which of the nation's 3,007 county courthouses it was filed in. That's relatively easy with well-known figures such as Pullman or Marshall Field, who ran a Chicago department store who died while visiting New York City.

But it is trickier in the case of workaday folks, say, a distant relative of whom you know only a name. Even with an educated guess, you had to go to the local courthouse, and find a clerk willing to search dusty files and ledger books. The quest got a little easier when the Mormon church microfilmed wills in the 1970s and '80s.

But microfilm isn't searchable by computer — as is now possible after the digitizing of the Mormon records by Ancestry.com, which spent $10 million on the project, sending its own researchers to gather even more records. The result was more than 170 million pages from wills and probate records filed in the United States from 1668 to 2005.

Even if you don't find yourself an heir, there are consolation prizes. Like a peek at the range of emotions — from love to hate — that have inspired bequests and instructions to executors.

"In one will, I remember, a man left his son-in-law a rope and suggested he hang himself with it," Godfrey said.

Another told his executors that he wanted to be buried next to his wife. "He wrote that if his wishes weren't carried out, he'd come back and haunt them," Utley said.

Marshall Field was aloof and stingy with praise for his department store's employees, but he left bequests to a number of them. He set up a trust of $100,000 for a trio of executives, including Harry Selfridge, who transplanted Field's merchandising formula to a London department store.

Field's will also generated a bitter court battle that determined that a grandson, being illegitimate, wasn't a legal heir.

"It's fascinating to see what those who have amassed great wealth do with their money," Utley said. "Some endow a yacht race and the winner's cup. Others are philanthropically minded."

Potter Palmer's final testament made Jane Addams of Hull House a trustee, directing her to use some of the real estate mogul's fortune to support a "People's Palace for the promotion of the physical, mental, moral and social culture of those citizens and inhabitants of Chicago to whom fewer opportunities are open."

William B. Ogden, Chicago's first mayor, was solicitous of his sister Emily Wheeler's well-being. He left her 6 percent of his estate's income, "free from her husband's interference," Utley noted.

Could that mean that Ogden didn't trust his brother-in-law? But Nelson Knox Wheeler was a judge. That's the fascination of genealogical research: One name leads to another, and a fresh search, Utley noted.

"When we were doing the wills project, I couldn't leave it at the office," she said. "I'd find myself still poring over wills at 3 in the morning. It's addictive."

By Associated Press | Published in the NBCNews.com on September 6, 2015

Paul Revere left all his household furniture to an unmarried daughter.

Harriet Beecher Stowe bequeathed her stock in several railroads and a Florida orange grove to her son.

Daniel Webster willed a beloved grandson a gold snuff box with the head of George Washington on it and all his fishing tackle.

Such mundane details that shed insights into the family relationships of some of America's most famous citizens are now just a mouse click away thanks to Ancestry.com, which has digitized wills and probate records that cover more than 100 million people, including the deceased as well as their family and friends, dating from the Colonial era to the beginning of the 21st century.

Most Americans know the grand narrative of the nation's most famous historical figures, but the records contain information not found in most textbooks.

It's also a valuable resource for ordinary Americans digging into their roots. Looking at a will is like pulling a thread on family history.

"What you find in probate records and wills are the rich stories about what mattered enough to pass down and a wealth of information about family history," said Jennifer Utley, senior manager of research at Ancestry.com's Utah headquarters. "They paint a more beautiful picture of people's lives."

Every American elementary school student learns about Revere's 1775 ride to warn about British troop movements, and his career as a master metal worker, but his will reveals some interesting facts — not just about his relationship with his daughter — but about his relationships with his grandchildren, Utley said. They all got $500 in his will, except for one, "who shall have no part of my estate" except for $1, the will says.

Exactly what that grandchild did to deserve his famous grandfather's snub isn't explained, Utley said, but the will offers clues into Revere's thinking.

"These are details you just cannot find anywhere else," she said.

The information has for centuries been held in basements and storage areas in courthouses across the country. Ancestry.com's three-year digitization project brings it all together in one place for the first time.

"This is an extraordinary resource for all researchers," said Laura Lovett, an associate professor of U.S. history at the University of Massachusetts at Amherst who specializes in the history of women, childhood and the family, and is an Ancestry.com subscriber.

"A will allows us to really look at their daily life: What did they possess? What did they value? What's important enough to write down?" she said. "They let us understand the material life across the centuries. It allows us to tell history from the bottom up."

In some cases, a will may be the only written evidence that someone even existed, Lovett said.

People researching family history often look to marriage certificates, birth certificates and census information, said Ruy Cardoso, a Massachusetts-based certified genealogist. But those records aren't as detailed as wills and haven't been kept for as long.

"Wills can give a lot more insight into their lives and thoughts as well as the times and places where they lived," he said. "They contain the language of the day, weird bits of terminology, words we don't use today."

The information was made available to the public starting Wednesday.

"People are going to get lost in this collection," Ancestry.com's Utley predicted.