November 2021
By Ben Spero, Matt Neidlinger
Back to Perspectives 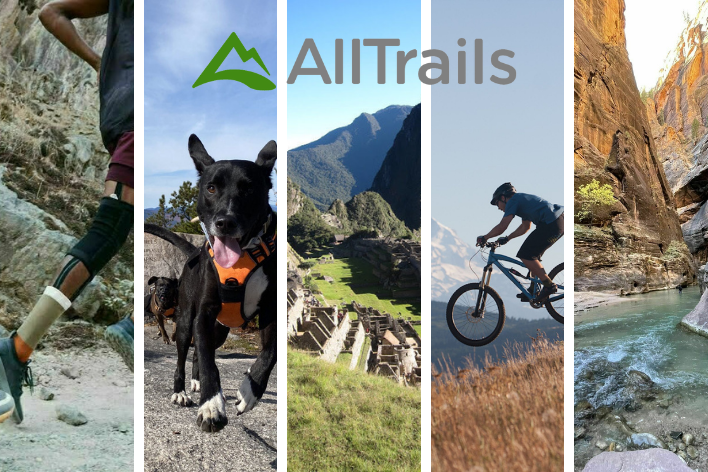 AllTrails announced today a $150 million round of investment from Permira. The Permira team shares our deep commitment to AllTrails’ mission of fostering happier, healthier communities by connecting people to the outdoors, and we’re thrilled to welcome them as a new investor and Bruce Chizen as a new Board member.

Since the early days of the iPhone, we’ve believed that mobile apps would become powerful tools for consumers to manage many aspects of their daily lives. Spectrum’s portfolio companies now help millions of people order dinner (Seamless/Grubhub), find the cheapest local pharmacy for prescription drugs (GoodRx), plan their wedding (The Knot Worldwide), coordinate childcare with a former spouse (OurFamilyWizard), and research family history (Ancestry) on their mobile devices. These apps provide a level of utility, convenience and transparency that previously never would have been possible.

We’ve also believed that these lifestyle apps could be forces for good in people’s lives, improving health and wellbeing. Our portfolio company, Headspace Health, has introduced millions of people to meditation and mindfulness practices that have been shown to alleviate anxiety, depression, and insomnia.

Against this backdrop, we were particularly excited for the opportunity to invest in AllTrails in 2018. AllTrails had only 12 employees at the time, but we believed in the company’s potential to become the leading brand in the category and to expand its appeal beyond an initial base of core outdoor enthusiasts in the US to the hundreds of millions of global consumers who enjoy outdoor recreation.

As the internet has matured, we have come to expect instant access to information. Unfortunately, this is not yet true in outdoor recreation. Trail maps along with difficulty levels, reviews, and driving directions, simply don’t exist online in most geographies. This makes the process of researching where to go for a hike or mountain bike ride surprisingly difficult, whether in your hometown or when traveling on vacation. AllTrails’ database, which included about 50,000 trails at the time we invested, was unavailable anywhere else online. Through research, we realized that this library just scratched the surface of ubiquitous coverage, and we were impressed by the company’s scalable process for expanding the library through a combination of user generated content, purpose-built software and algorithms, and human curation.

Three years later, AllTrails’ library is on track to grow to over 300,000 trails across 200 different countries. As our user base has grown, AllTrails’ UGC library of photos and reviews has increased by more than 10x. Like UGC models in other verticals, the community is helping organize and curate the world’s information. AllTrails has dramatically improved consumers’ ability to confidently research where to spend their time outdoors, but there is still a long way to go. With this round of investment, the company has ambitions to grow its library and community even faster over the next three years. We expect that someday trails will be as easy to discover, research and navigate as our public road systems.

It’s been an honor to be a part of such a tremendous journey, especially during a time when more of us are turning to the outdoors for physical and mental wellbeing. We’re looking forward to continuing our partnership with Ron Schneidermann, AllTrails’ CEO, and the entire AllTrails team, and welcoming Permira aboard for this next chapter.