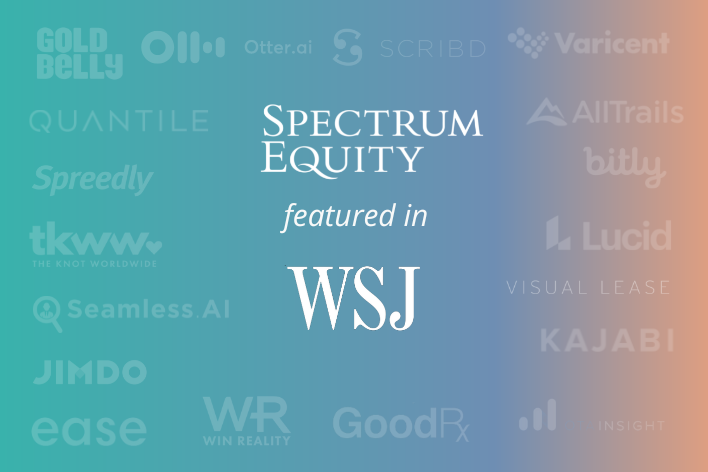 Spectrum Equity Management, a growth-investment ﬁrm that was an early backer of companies such as Ancestry.com Inc. and Grubhub Holdings Inc., has raised a total of $2.2 billion for growth investments in internet software and data services companies.

The Boston-based ﬁrm closed Spectrum Equity X LP with $2 billion and collected $200 million separately for follow-on investments or for deals that it deems too large to back solely out of the main fund. The ﬁrm raised the vehicles at a time when overall capital ﬂowing into private- equity and venture funds is slowing in the face of volatile market conditions and investor concerns about a potential recession.

“Our timing on closing with macro-[economic] health isn’t great,” said Chris Mitchell, a managing director at the ﬁrm, noting that Spectrum Equity raised its previous fund family as the coronavirus pandemic was spreading around the world. That pool closed in the spring of 2020 with nearly $1.7 billion in commitments.

But this time around may oﬀer even better opportunities, he said.

“I don’t think it’s lost on anyone that an improved valuation environment leads to a better period for deploying new capital,” Mr. Mitchell said. “Higher growth companies will always demand a premium, but if share prices are disconnected from performance it can be a diﬃcult environment to manage.”

As market values for internet and software companies have fallen from the lofty levels of 2021, both the managers of such companies and the investors that back them have focused more on managing the rate at which they spend invested capital, often referred to as the burn rate. Mr. Mitchell noted that recent months have upended an ebullience in the market that predates the pandemic.

“In 2017 and ’18, there was really a ‘grow it [at] all cost’ mentality where operators and investors were pretty unconcerned with cash ﬂow burn if a company was exhibiting strong growth. Cash was really plentiful and that focus was being rewarded in every way,” Mr. Mitchell said. “But now with cash a lot less plentiful, it’s amazing how quickly that mentality has shifted.”

Mr. Mitchell said that Spectrum Equity’s focus on backing cash-ﬂow-eﬃcient companies in the lower midmarket gives him and his colleagues optimism that the ﬁrm’s portfolio will remain durable even in more turbulent economic and market conditions.

“Not getting swept up in the unicorn style of investing that became so prevalent over the last ﬁve years has been one of the better decisions we made,” he said, referring to private companies valued at more than $1 billion.

One longtime backer of the ﬁrm’s funds said that Spectrum Equity’s consistently strong performance has made it among the top performers in its private-equity portfolio. As of March 31, the ﬁrm’s eighth fund, which closed in 2017, had produced a net return of 2.3 times its invested capital, while the ﬁrm’s seventh fund, which closed in 2014, had generated a 4.7-times net multiple of invested capital over the same period, according to this investor. The ﬁrm’s ninth fund is still too early in its investment cycle to produce meaningful returns, he added.

“There aren’t really any stones to throw at this ﬁrm,” he said. “There’s lots of depth on the team and the performance is incredibly consistent.”

Through its newest fund, Spectrum Equity plans to invest $25 million to $200 million or more at a time in internet-enabled software and data services providers, Mr. Parker said. The ﬁrm, which he said still has room in its previous fund for several more deals, has stayed busy over the past 12 months.

This article was orignally published in the Wall Street Journal.